This is a demonstration of the ISM WPA image gallery

Mabel Dwight studied art at the Hopkins Art School in San Francisco, but made her career in New York, where she depicted city life in prints and paintings. She worked for the New York WPA between 1935 and 1939. Dwight's style was defined as that of an American Scene painter because of the subject matter she chose, such as this holiday scene. Her socialism shows through in the disparity she shows between the light and abundance in the shop and the poverty of the people looking in the window. 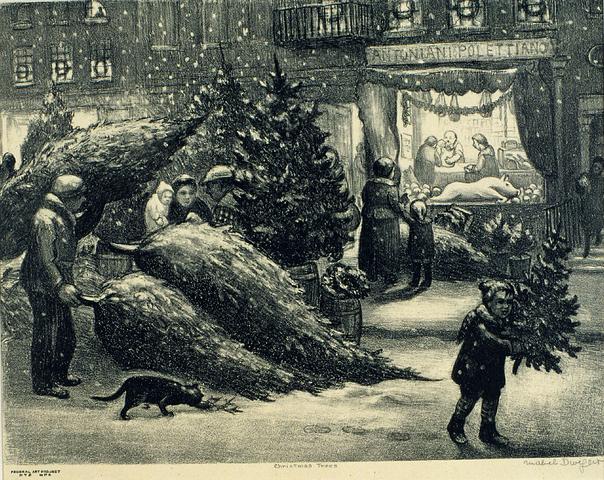